It is quite a challenging problem to have when your small business is going implement and grow and you need to expand it. This growth may require adding more staff and building up inventory. To achieve this growth, you need capital. Choosing what is right for your business can be somewhat hard to decide.

So, it is important to know the options and their associated benefits and disadvantages. Here we are responsible to make you aware of the cost of debt- know all about it and how to calculate with examples.

Debt is a firm’s capital structure and is usually the least expensive form of financing. Therefore, it is important for business owners to know how to calculate the cost of debt, which is the rate a business pays on its debt.

Definition of Cost of Debt in Business Terminology 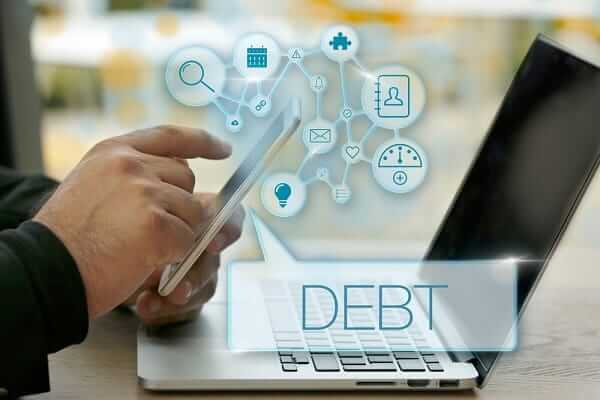 If a company has no publicly-traded bonds, then the business owner can look at the cost of the debt for other firms within the same industry to get an idea of what the cost of debt would be for their business. The cost of debt is, thus, the effective interest rate a company pays on its debts.

We can, therefore, say that the cost of debt is the return that a company provides to its debt-holders and creditors. These capital providers must be ready for any risk exposure that comes with lending to a company.  Since observable interest rates play a big role in quantifying the cost of debt, it is relatively more straightforward to calculate the cost of debt than the cost of equity.

Not only does the cost of debt, as a rate, reflect the default risk of a company, it also reflects the level of interest rates in the market. In addition, it is an integral part of calculating a company’s Average Cost of Capital or WACC.

The cost of debt is a part of a company’s capital structure, which also includes the cost of equity. Capital structure engages in how a firm makes finances to its overall operations and growth through different sources of funds, which may include debt such as bonds or loans, among other types.

The cost of debt measure the overall rate being paid by a company to use these types of debt financing. The measure can also give investors an idea of the company’s risk level compared to others because riskier companies generally have a higher cost of debt. And it is generally lesser than the cost of equity.

Estimating the Cost of Debt

There are two common ways of estimating it. The first approach comes under looking at the current yield to maturity or YTM of a company’s debt. If a company is public, it can have predictable debt in the market. An example would be a straight bond that makes regular interest payments and pays back the principal at maturity.

The other approach is to look at the credit rating of the firm found from credit rating agencies like S&P, Moody’s and Fitch. A yield spread over US treasuries can be determined based on that given rating. That yield spread can then be added to the risk-free rate to find the cost of debt of the company.

This approach is particularly useful for private companies that do not have a directly observable cost of debt in the market. Simply put, a company with no current market data will have to look at its current or implied credit rating and comparable debts to estimate its cost of debt. When comparing, the capital structure of the company should be in line with its peers.

Analyzing ratings of the company

When neither the yield to maturity (YTM) nor the debt-rating approach works, the analyst can estimate a rating for the company. This happens in situations where the company does not have a bond or credit rating, or where it has multiple ratings. We would look at the leverage ratios of the company, in particular, its interest coverage ratio. A higher number for this ratio means a safer borrower.

Debt as a Relatively Cheaper Form of Finance

While obtaining external financing, the issuance of debt is usually a cheaper source of financing than the issuance of equity. The reason is that debt, such as a corporate bond, has fixed interest payments. Inequity financing, however, there are claims on earnings. The larger the ownership stake of a shareholder in the business, the greater he or she participates in the potential upside of those earnings.

Another reason is the tax benefit of interest expense. The income tax paid by a business will be lower because the interest component of debt will be deducted from taxable income, whereas the dividends received by equity holders are not tax-deductible. The marginal tax rate is used when calculating the after-tax rate.

How To Calculate Cost of Debt With Example

Advantages of Cost of Debt

How to Reduce the Cost of Debt

Cheaper loan means to get a loan at a lower rate of interest which can be done by creating a good business credit score by repaying loans on time, offering collateral, negotiating, etc.

First, one needs to start a loan with a rate of interest he is eligible for then when a business starts growing he can refinance your loan at a lower rate after some months of the loan.

With an increase in income of the business, one can avail more debt as he will be able to afford it. It is compared with income generated by loan amount so, by increasing business income.

Know About Cost of Debt After Taxes

The calculation is based on the tax savings the company receives from claiming its interest as a business expense. To continue with the above example, Just try to ponder the company has issued $100,000 in bonds at a 5% rate. Its annual interest payments are $5,000.

It claims this amount as an expense, and this lowers the company’s income on paper by $5,000. The company pays a 40% tax rate, it saves $2,000 in taxes by writing off its interest. As a result, the company only pays $3,000 on debt. This is quite similar to a 3% interest rate on its debt.

Suggested Blog –FUTA – What Is The Federal Unemployment Tax Act?

Debt financing is considered to be the preferred vehicle for raising capital for many businesses. However, there are other ways to raise capital, including equity financing. Specific forms of financing and components of the capital structure of the firm are preferred stock, retained earnings, and new common stock. It is suggested that companies establish a balance between equity and debt financing.

If you are looking to expand your business, raising capital is essential. It is important to choose options that are suitable for your business, shareholders, and stakeholders. 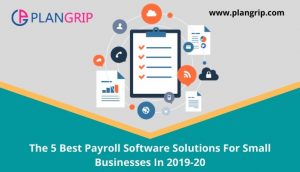 Cash Flow Statement – What It Is, Example And How To Prepare One

How To Incorporate A Small Business – Incorporation Made Easy